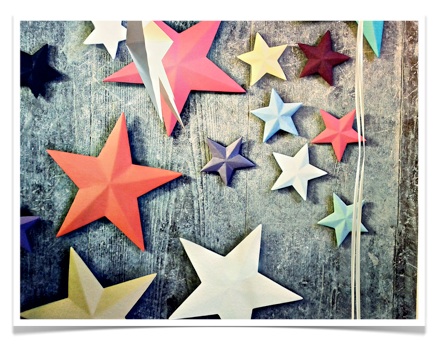 “Talents, they just come in and shine from day one.” “I can spot a talent the minute they walk through the door.” As a researcher, I hear these kinds of statements quite often when I’m out talking to HR specialists and line managers about talent management. The idea of talent as a generic, stable, and portable characteristic is rather widely spread, not least in companies of North American origin. This is also the view that underpins the whole notion of “the war for talent”: There is a scarcity of talented individuals, and all organizations are fighting for the same people. A talent, according to this view, is a talent no matter where you place them. This has lead companies to focus their talent management efforts on attracting “the A players”, often not worrying too much about how to make the best use of them within the company. Just get the talents in here, and they will excel no matter where we put them.

There is some truth to this claim, of course. We know from decades of research that some stable inner traits – most notably, general mental ability and the personality trait conscientiousness – tend to predict work performance in a very broad range of roles and lines of business. In other words, there are some foundational parts of talent that you could consider portable. However, there are other chapters to the story as well.  Over the last decade, there have been increasing indications that talent is also very much a matter of context.

This line of research has been championed by Boris Groysberg at Harvard Business School. For over a decade, he and his colleagues followed a total of 1,000 financial analysts at Wall Street. One of the things they looked at was what happened when star analysts switched firms. What they found was that after changing employer (still doing the exact same kind of work), top analysts’ performance decreased significantly in about half of the cases. The drop was by an average of 20 percent, and not just in the short run. In fact, it took around five years to get back to where they were before switching jobs (Groysberg, Eling Lee, & Nanda, 2008; Groysberg, Nanda, & Nohria, 2004).

Why would this happen? Groysberg argues that portable, individual skills and abilities really only constitute one part of what you might call talent. The rest is firm capabilities, such as leadership, training, systems, teams, and reputation. Since the star performers cannot bring those capabilities with them when they move, performance is likely to drop.

However, there are also some very interesting qualifications to this conclusion. For one, moving to an investment bank with similar capabilities and culture as the old one tended to decrease the performance drop. This was supported by another study, where Groysberg and colleagues showed that similarity in structures and culture between the old and the new company had a very significant effect on the performance of a new CEO, regardless of the person’s performance in the previous role (Groysberg, McLean, & Nohria, 2006). Furthermore, the study of star analysts showed that when the stars took members of their original team with them to the new firm, the drop in performance was eased significantly. In other words, top performance is not only a matter of individuals, but also group structures.

The important role of context is not limited to the finance industry or to managerial roles. In a study that received a lot of attention, Huckman and Pisano (2006) looked at the performance of star surgeons performing surgical operations in several different hospitals. Using risk-adjusted mortality as the outcome, the researchers saw that the same surgeon’s performance differed significantly depending on the hospital he/she was operating in. Notably, the surgeons performed better in hospitals where they had performed many surgeries. Furthermore, there was no general improvement in performance the more procedures the surgeon completed in total: Performance improvement in one hospital was only related to doing a larger number of surgeries within that specific hospital. In other words, performance was closely tied to context. The authors concluded that the surgeon’s familiarity with the specific setting – key staff, team structures, and routines – was vastly important for their performance.

To conclude, these studies convincingly show that the “once a talent, always a talent” philosophy is only partly true. The individual surely brings his or her knowledge, skills, and abilities, but the context enables, enhances, hinders, or blocks. Talent development is enabled by teams, cultural fit, and deep understanding of the specific setting. This is a crucial fact to keep in mind for talent management officials in any industry.

A passionate interest in the human being at work, as well as organizations' ability to harness their human capital, motivated me to become a psychologist. It also lead me to work as a consultant in both recruitment/selection and organizational development. Currently, I am pursuing a PhD in Management at Stockholm School of Economics, focusing on how Talent Management initiatives affect employees. Part of my philosophy is to work in close interaction with HR practitioners and managers; if not in the shape of scientific studies, often as workshops and lectures. In this blog I write about topics related to my research and the wider fields of Organizational Psychology and Management, attempting to bridge the research world with practitioners' daily challenges.